The Nehru Gallery at the V&A provides an reminiscent architectural setting for the demonstration of textiles, paintings, jewellery, furniture and valuable stuffs from South Asia, dating from the 16th to the 19th century.

The inordinate artistic expansions and magnificence of the Mughal Empire are a focal point of the gallery and feature exceptional examples of jade carving and document painting. Also on display are arts of the Rajput kingdoms, the Muslim sultanates of the Deccan and the Sikh courts. The gallery ends with the material produced during the period of British rule in India and includes gorgeous painted textiles (chintzes) and ivory-inlaid furniture.

The Indian subcontinent is a massive area the size of Europe, and is today allocated into the separate countries of India, Pakistan and Bangladesh. Within the subcontinent itself, there is a widespread variety of peoples, languages and religions. Their dispersal is largely a result of physical aspects of the land itself, which in turn formed historical events such as relocations and invasions.

The great fence of the Himalayas which runs across the north of the subcontinent has constrained contact with the rest of Asia except through fine passes such as the Khyber Pass in the north-west frontier. This meant that most outside influences came into the north-west via present-day Afghanistan, bringing the earliest waves of migrating peoples from Central Asia. Later, from about AD 1000 onwards, Muslim militaries came through the Khyber Pass and set up kingdoms in northern India. The rich plains of the Indus and Ganges rivers had been the focus of boundless civilisations since at least 2000 BC. They continued as the heartlands of the major powers who ruled India, and today still include the most crowded areas of India.

The southern headland of India consists largely of a high, wooded plateau known as the Deccan, with great rivers flowing down to the sea. Central India was the home of numerous of the earliest native peoples, and many tribal groups still live in the jungles of central and eastern India.

The far south endured largely untouched by the Muslim invasions of the north, and maintains an undiluted traditional Hindu culture that is quite dissimilar from that of the northern plains. Languages of early origin such as Tamil, Telugu and Malayalam are spoken here, with complex grammars and scripts fairly discrete from the Hindi, Bengali and Persian-influenced Urdu of the north.

The impact of the sea

If the physical land-barriers formed much of India’s inside history, convenience by sea played a vastly significant role in contact with the external world. Trading had been carried out between India and the Roman world by sea, and the fine silks, cottons and gold of the subcontinent were famous throughout the ancient world. The religion of Islam first arrived not overland through the Middle East but by sea straight from Arabia in about AD 700. First contacts with modern Europe came about through trade, first with the Portuguese, and later with the British, Dutch, French and Danish trading corporations. The British became foremost in trade with India, and it was through shielding their profitable interests that they made the transition from merchants to rulers.

At Independence in 1947, the Muslim states of West and East Pakistan (today Pakistan and Bangladesh) were formed, and many Muslims moved from India, but some 75 million Muslims still continue to live there.

Hinduism had no one originator, but grew progressively over about 1,000 years, becoming roughly as it is today by the fourth century AD. The main divinities worshipped are Vishnu, Shiva and the supreme Goddess, Devi, but all have many other forms and facets, such as the widely-revered Krishna, who is a personification of Vishnu. Brahma, the other main deity of Hinduism, is rarely worshipped in his own right.

Today, Hinduism is practiced by about 550 million people all over India, about 80 per cent of the total population. 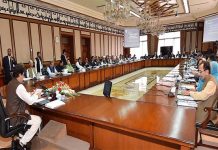 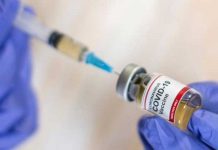 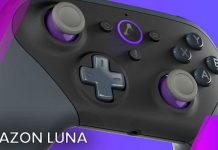 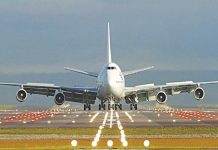