The National Command and Operations Centre (NCOC) is considering the implementation of a lockdown in cities reporting high positivity ratios, according to a statement released on Saturday.

According to the NCOC statement, in light of increasing coronavirus cases, the forum “deliberated upon proposed lock downs in high disease prevalence cities”.

To ensure that the lockdown achieves its target of curbing the virus’ spread, the assistance of the army, Frontier Corps, and Rangers, would be provided to provincial governments, the statement said.

The statement follows an NCOC session held earlier today, with Federal Minister for Planning, Development, and Special Initiatives Asad Umar in the chair.

The statement made no mention of what positivity ratio the forum considers high enough to warrant a lockdown.

The restrictions, if enforced, would include the closure of markets, malls, less essential services, a ban on intercity public transport, and a complete closure of educational institutions.

The NCOC, clarified that talks would be held with stakeholders before a lockdown is imposed.

The forum also decided to extend the two-day inter-provincial transport ban — on Saturday and Sunday — till May 17, 2021, which was earlier imposed till April 25.

Improvement in Healthcare facilities by NDMA

Meanwhile, the forum was given a detailed briefing on oxygen supply to health care facilities. “A total of 6,901 beds have been inducted to meet the increased requirements due to surge in COVID cases. Oxygen supply is also being critically monitored,” noted the statement.

Meanwhile, in a positive development, the NCOC decided to open walk-in vaccine facility for people older than 60 — which was earlier restricted to people over 65 years.

Half a million Sinopharm doses to arrive today

Pakistan will be getting another consignment of 500,000 Sinopharm vaccine doses from China today, the NCOC said.

The NCOC had said at the time that half a million doses of the Chinese-made SinoVac vaccine doses were purchased and were not a donation.

This follows a consignment of the Chinese-made SinoVac vaccine that had arrived in Islamabad on board a Pakistan Air Force plane two days ago.

Previously, the highest death toll reported by the country was 153 on June 20 last year.

The new deaths have taken the country’s death tally to 16,999. The most number of deaths in the country were reported in Punjab, followed by Khyber Pakhtunkhwa in the last 24 hours.

The NCOC data showed that 52,402 tests were conducted in Pakistan in the last 24 hours, out of which 5,908 returned positive. 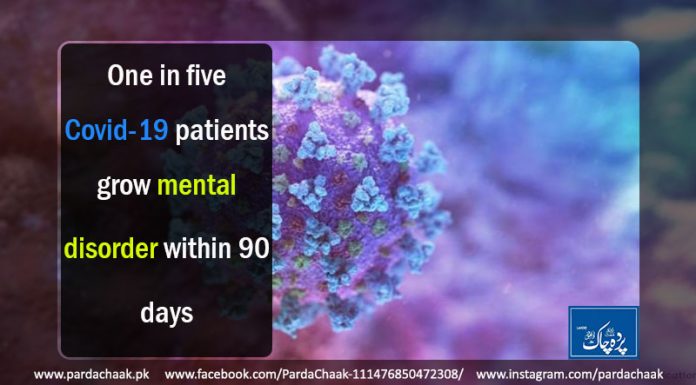