The political situation in Pakistan is extremely volatile. Ever since the Panama scandal engulfed politicians, they have forgotten democratic politics, digested their 35-year-old corruption and tried to save their lost reputation and looted national wealth and break through the net of accountability. Are engaged in the struggle.

It is impossible to estimate the extent of damage being done to the people and the country by such measures. Undoubtedly, Imran Khan has been struggling for a long time to get the people out of this quagmire of inflation and poverty and is also holding the corrupt politicians accountable. There is no doubt that the current government is not responsible for the current economic crisis but the incompetent rulers who have been occupying the resources for a long time and have made the country their biggest asset.

Taking up residence in other countries, they committed heinous crimes like money laundering and at the same time, by burdening the country with heavy external debts, they boosted their assets and drowned the country’s economic system.

Forging the value of the rupee against the dollar would beat the drum of economic growth in front of the people. Keep dreaming of making an Asian tiger. The important thing I want to make public is that these two corrupt political parties knew long before Imran Khan’s 126-day long sit-in that power would slip out of their hands because of their nefarious activities. They planned that such economic problems should be created for the incoming new government that it would not be able to cope with this crisis even for a few months and would go bankrupt.

On the other hand, the manifesto given by the PTI was very popular among the people and it was believed that the next government would belong to the PTI. Before Imran Khan came to power, he had no idea of ​​the state of the country’s economy. It was in the ICU and temporarily supported by steroids. Imran promised the people in his election campaign that the economy will change in 100 days and high efficiency. But stepping into power, he realized that the facts were so grim and confusing that 100 days would take a long time to move such an economy in the right direction.

Obviously, avoiding foreign debt installments and further debt was on the government’s agenda at the time. The trap set by the incompetent politicians of the past against Imran Khan’s government was bound to have an effect, causing the rupee to return to its original form and the dollar to soar, creating a storm of inflation for the poor.

At that time, the corrupt rulers of the past were waiting to spread chaos in the country by making noise of government failure and poor enmity. Regardless of the success or failure of Imran Khan’s government, it is as clear as day that Imran Khan Has given political consciousness to the people and has severely damaged the reputation of corrupt politicians by exposing them all over the world.

The people are being punished for the deeds of the rulers of the past and are suffering from crises like inflation and unemployment but now they do not want the corrupt politicians of the past to impose on them again and plunder the resources of the country. On the one hand, Imran Khan is active in getting the people out of trouble and on the other hand, all the opposition parties that were at loggerheads with each other yesterday have come together to avoid accountability for their corruption and topple Imran Khan’s government.

The first two major parties, the Nawaz League and the People’s Party, insisted that the national security agencies should somehow get involved in internal and external affairs and achieve their goals. They tried to create problems for the government by forming alliances of Pakistan Democratic Movement. Attempts were made in all the provinces to incite the people to revolt by holding rallies to throw mud at the government and the army and national security agencies, but thankfully they failed.

Maulana Fazlur Rehman, the head of the PDM, keeps making such nonsensical statements against the institutions that it seems that his mental health has become doubtful due to the loss of ministry. In response to Maulana’s recent statement against the army, the spokesman of the Pakistan Army ISPR has issued a very beautiful and meaningful statement to Maulana and his followers.

He replied to Maulana, “There is no reason for PDM to come to Rawalpindi. We will give tea and take care of those who come to Rawalpindi. ”Now it is to be seen that after this statement, Maulana and his followers accept the invitation of DG ISPR and go to Rawalpindi to drink tea or wait for an even bigger invitation.  I can claim that no matter how well the opposition tries to blackmail the government and institutions using these tactics, there will be no oil and Radha will not dance.

Anyway, the PDM alliance is badly broken. Maulana alone is talking arrogantly against the government and the army, to which the army spokesperson ISPR has invited them to tea party. Now the question arises, how much more does the PDM add to the political arena? How much does it risk national security with its ugly and false politics? How long will the government and institutions remain silent against them? However, by disqualifying such politicians, they should wrap up the ranks of their political platform and put the country on the path of construction and development and lay the foundation of a peaceful and prosperous Pakistan. 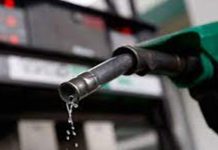 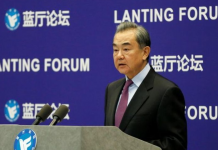 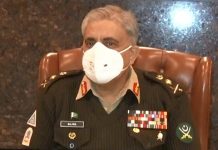 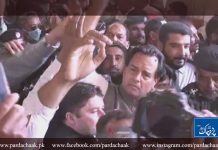