The National Assembly on Tuesday proceeded a bill banning physical punishment in the capital and setting out punishments for persons for bodily punishing children, in a development addressed by child rights groups.

The ICT Ban of Corporal Punishment Bill efficiently prohibits all methods of physical punishment “however light” at the workplace, in all types of educational institutions including formal, informal, and religious, both communal and remote, in child care institutes including foster care, therapy centres and any other substitute care settings.

The proposed law, which will now go to the Senate, will punish teachers for beating and hurt imposed upon children, regardless of purpose, cancelling out the provisions of Section 89 of the Pakistan Penal Code which had permitted teachers and guardians to direct corporeal punishment “in good faith” and “for the benefit” of the child, rendering to a statement by Zindagi Trust, which labelled the development “historic”.

A private member bill moved by Mehnaz Akbar Aziz of the PML-N, it had been passed by the National Assembly Standing Committee on Education as far back as 2019 but could not make progress as discussion on the legislation was withheld for 15 months after which it was referred to another committee, where it remained pending.

While appreciating the efforts of civil society, treasury and opposition benches, Justice Athar Minallah of the Islamabad High Court, Shehzad Roy and others that enabled the passage of the bill, Aziz said: “Protecting our children requires more than passing this bill. The rules of business have to be clarified and the mindset that legitimises physical punishment needs to be changed through informative awareness campaigns.”

Human Rights Minister Shireen Mazari presented an amendment under which complaints put forward by children would be brought before a court or a magistrate instead of leaving the complaint procedures vague. The amendment was made part of the bill before the lower house gave clause by clause approval to it.

Organisations and activists working for child protection had impressed upon the parliament to pass the legislation urgently. A petition in the IHC by musician Shehzad Roy’s Zindagi Trust, which has been campaigning to get the practice banned for several years, had last year led to a court order suspending Section 89 and effectively banning physical punishment.

Child rights activists and lawyers Syed Miqdad Mehdi and Ahmar Majeed, whose petition in the Lahore High Court (LHC) led to a ban on physical punishment in all schools after a horrific incident against special children, identified Section 89 as the impediment to any step taken against the practice of physcial punishment. According to Mehdi, “physical punishment is against children’s fundamental rights of dignity, survival, development and protection and should be curbed as soon as possible through legislative measures.”

“When a child gets physical punishment, society is telling them — and an entire generation — that violence is a valid means of resolving a problem. This law will not just protect our children but also lay the foundation for a safer, kinder and more peaceful Pakistan,” remarked Roy.

Zindagi Trust in its press release emphasised that in order to ensure the law had a practical impact, it was necessary that the federal government devised accompanying rules of business — covering referral mechanisms, reporting and penalties as well as systematic national awareness programmes — within six months as advised in the bill. 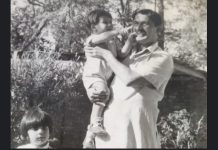 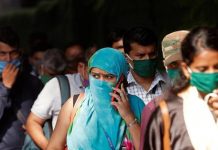