ISLAMABAD: As protests by a religious party arrived the second day, heading to road obstacles and traffic jams in numerous cities of the country, the government declared that it would employ “all measures” to reopen closed roads.

As described by Geo.tv,  Interior Minister Sheikh Rasheed headed over a meeting to assess the enduring law and order situation in the country and told that the government will take rigorous act against those who have formed anarchy and have carried the law into their hands.

Sheikh Rasheed claimed that the government will take all measures to clear the roads so as to assist civilians.

The conference also determined that in zones where the condition deteriorates, mobile and internet facilities will be shut down for 24 hours.

Prior in the day, Special Assistant to the Prime Minister on Interfaith Harmony Maulana Tahir Ashrafi had pleaded to the protesters of the religious party to discuss with the government in place of choosing violence because “Islam does not permit violence.”

Talking to Geo News via telephone, he lamented the incident in Dera Ghazi Khan where a police officer was imperiled to cruelty by workers of the religious party performing protests.

“This police officer is also a member of the Holy Prophet Muhammad’s (Peace be upon him) Ummah. It’s not as if he isn’t a human being,” lamented Ashrafi.

Ashrafi urged to protesters to think of the citizens who were in risk from the carnage and the women and children who were stuck for the past 24 hours.

“As the chairman of the Pakistan Ulema Council (PUC) I would like to appeal to the protesters to realise the danger that the people in need of oxygen are in,” he said.

“Whoever it is, whether it is a police officer or a common man or the worker of a religious party, at the end of the day, the blood of a Pakistani is being shed,” he added. 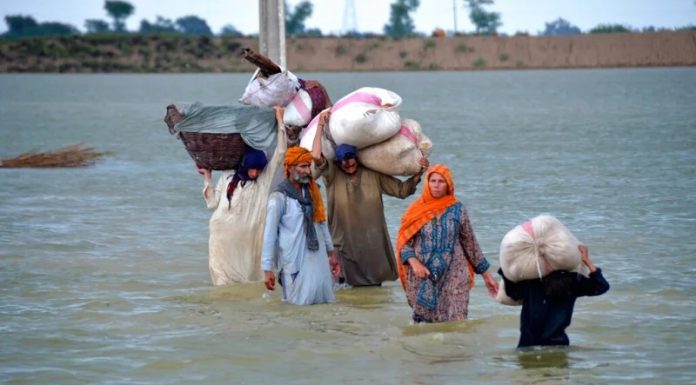