The fatal exchange of fire between Palestinian militants in the Gaza Belt and the Israeli military has escalated drastically, with the UN fearing a “full-scale war”. Israel and Palestine on verge of war.

More than 1,000 rockets have been fired by Palestinian fighters, Israel says.

At least 53 Palestinians and six Israelis have been killed since Monday.

That includes 14 Palestinian children caught up in the dispute.

UN Secretary-General António Guterres stated he was “gravely concerned” by the ongoing carnage.

Violent conflicts in towns in Israel with mixed Jewish and Arab populations has led to hundreds of arrests. Lod near Tel Aviv is under a state of crisis.

Prime Minister Benjamin Netanyahu said the government would use all its force to protect Israel from adversaries on the outside and rioters on the inside.

What has caused the violence?

The fighting between Israel and Hamas was triggered by days of escalating conflicts between Palestinians and Israeli police at a holy hilltop compound in East Jerusalem.

The site is revered by both Muslims, who call it the Haram al-Sharif (Noble Sanctuary), and Jews, for whom it is known as the Temple Mount. Hamas insisted Israel remove police from there and the nearby primarily Arab district of Sheikh Jarrah, where Palestinian families face expulsion by Jewish settlers. Hamas launched rockets when its demand went unheeded.

Palestinian fury had already been stoked by weeks of rising tension in East Jerusalem, provoked by a series of clashes with police since the beginning of the Islamic holy month of Ramadan in mid-April.

It was further driven by the endangered eviction of Palestinian families from their homes in East Jerusalem by Jewish settlers and Israel’s annual celebration of its capture of East Jerusalem in the 1967 Middle East war, known as Jerusalem Day.

The fate of the city, with its deep religious and national significance to both sides, lies at the heart of the decades-old Israel-Palestinian conflict. Israel in effect occupied East Jerusalem in 1980 and considers the entire city its capital, though this is not recognised by the vast majority of other countries.

Palestinians claim the eastern half of Jerusalem as the capital of a hoped-for state of their own.

What is happening in Gaza?

Militants in Gaza started firing rockets into Israel on Monday night, and Israel has countered by hitting targets in the territory.

On Wednesday Israel said it had killed senior Hamas officials in Gaza, and was also aiming missile launching sites.

“This was only the beginning. We will inflict blows on them that they have never dreamed of,” said the Israeli prime minister.

Hamas – the militant group that runs Gaza – verified the death of its commander in Gaza City and other “warriors”.

“Thousands of leaders and soldiers will follow in their footsteps,” Hamas said in a statement reported by Reuters.

The Hamas-run health ministry in Gaza tells that more than 300 people have been hurt there since the dispute began, as well as the 53 who have died.

The Israel Defence Forces (IDF) said on Wednesday that their attacks on Gaza were its largest since the conflict in 2014.

On Wednesday a third high-rise building in Gaza was destroyed.

Hamas said it was incensed by “the enemy’s targeting of residential towers”.

Locals had been cautioned to abandon the buildings before the fighter jets struck; however health officials said there were still civilian deaths.

Five members of one family were killed in an air strike on Tuesday, including two young brothers, according to AFP.

An 11-year-old resident of Gaza, Yasmine, told Save the Children that Tuesday night was the worst night of her life.

“I had pain in my stomach from the fear and my parents were trying to comfort me and tell me the bombing was far away but I could feel that it was close,” she told the charity. “Tomorrow is Eid and we won’t be celebrating because of this conflict.”

What is happening in Israel?

On Wednesday morning an Israeli soldier was killed by an anti-tank missile launched from Gaza into Israel, the IDF says.

Sirens remained to sound in southern Israeli towns and cities on Wednesday afternoon after what the IDF described as a barrage of rockets was fired by Hamas.

Two people, a man and his teenage daughter, were killed in Lod when a rocket struck their car. They were both Israeli Arabs.

Israeli police said that there were what it called as violent riots in dozens of areas of the country overnight, in which 270 people were arrested.

Synagogues and businesses in Lod were set on fire.

Mr Netanyahu described the riots as “unbearable” and said they reminded the Jewish people of their past. 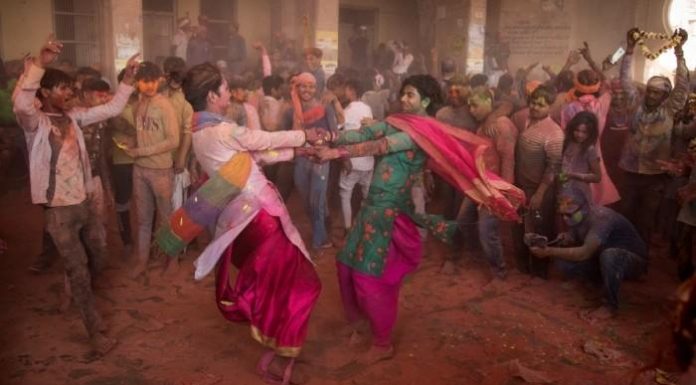 ‘We will perish or survive together’: PM Imran demands for global policy to recover from Covid pandemic