Federal Minister for Planning, Development and Special Initiatives Asad Umar said on Tuesday that the first Pakistani processed coronavirus vaccine in Pakistan was nothing short of a revolution, adding that while vaccines were in elevated demand all over the world, the Chinese-produced ones were “the most chosen” in Pakistan.

The PakVac vaccine has been developed by China’s state-run pharmaceutical company Cansino and is being brought to Pakistan in a concentrated form, where it is packaged at the National Institute of Health (NIH) in Islamabad. Cansino was the first Chinese vaccine to have undergone clinical trial in Pakistan and was administered to around 18,000 people.

He made this statement while addressing the launch ceremony of the locally processed ‘PakVac’ vaccine in Islamabad.

The company’s interim efficacy results of a multi-country trial, which included Pakistan, showed the vaccine had a 65.7 per cent efficacy in preventing symptomatic coronavirus cases and a 90.98pc success rate in stopping severe infections.

Addressing the ceremony on Tuesday, Umar said that Pakistanis actually preferred the Chinese-manufactured vaccines over those manufactured in Western countries, adding that people actually asked for the Chinese vaccines to be administered to them when they came to vaccination centres. “We also need to promote PakVac as it is produced by us,” he said. “This is a revolution.”

Without naming India, Umar said that a country in the region had suffered greatly due to a dearth of oxygen, adding that good decisions required an assessment of one’s capacity.

He congratulated the health teams in Pakistan, along with their Chinese partners who assisted in setting up the vaccine packaging process.

“In the first wave of coronavirus that Pakistan faced, patients who required oxygen were facing difficulties but the situation was brought under control [by the time] the third wave hit us.”

“We then tried to bring about improvements in the system and launched a Covid response mechanism which is unprecedented in the country. Moreover, health projects worth Rs100 billion are being launched to address issues in the sector.”

Last week, Dawn reported that health authorities were considering reverting to using the name CanSinoBio after initially printing PakVac on the first batch of vaccines packaged in Pakistan.

“Though the name PakVac was used for the first batch, there has been a change of mind and the vaccine would be called CansinoBio as the Chinese are sensitive about the names of their products,” an official, speaking on the condition of anonymity, had said.

The report came to light when the packing of 120,000 doses of Covid-19 vaccine was underway at the NIH.

Expressing his gratitude to the Chinese authorities, the federal minister said that “we also take inspiration from China and our prime minister also gives their example again and again. It is heartwarming the way China has supported us, as always.”

Earlier speaking at the ceremony, Special Assistant to the Prime Minister (SAPM) on Health Dr Faisal Sultan stressed the need for developing a centralised health data centre, adding that though health is a devolved subject, some decisions needed collective consent.

“We have seen the NCOC take some key decisions and all the provinces were taken into the loop before proceeding further.”

The premier’s assistant, in a tweet, also congratulated the NIH team on the development, saying “this is a milestone in the journey to achieve self-reliance”. 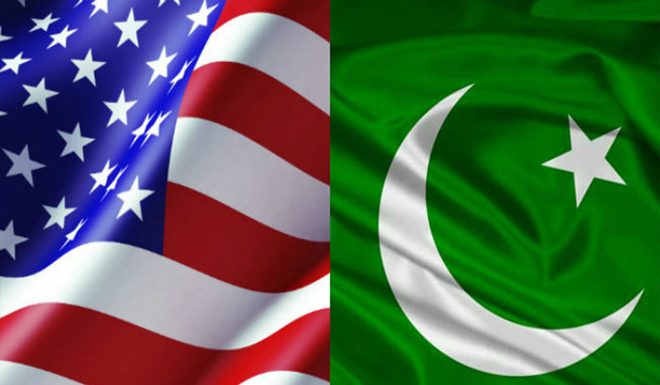