On Tuesday, the International Cricket Council (ICC) competed a poll to decide who was the throughout best cricketer as a captain. Consequently Imran khan won by securing 47% votes on surpassing Indian player Virat Kohli 46%. After the decision, India had claimed that the reason of Imran khan’s winning was that anti-Modi Indians voted for Imran Khan.

This Indian claim seems to be lame, because winner is winner and it is not an acceptable claim. Also Indian propaganda is also claiming the hands of Pakistani Intelligence agency ISI in this whole scenario of making Imran Khan win.

This is the level of frustration of the country who claims to be the Asian Super power and Asian tech-giant. So called digital India.

It should be the responsibility of so-called Asian tech-giant itself to take care of the leakage of votes of they are that sensitive about loosing of Kohli.

The India website claims that “Shockingly, Anti-Modi troll network ‘Team Bann’ that is jointly run by Aam Aadmi Party IT cell and Congress party trolls such as Twitter user @ROFLGandhi_, also joined in support of the Pakistani counterparts in favour of former Pakistani captain Imran Khan.”.

India claims the role of ISPR

India had claimed that Pakistani propaganda network works on nationwide in favour of Imran Khan, but the question here is, how come UN Disinfo Lab did not nominate Pakistan’s propaganda network and why they exposed India group of almost 3000 domains for false propaganda against Pakistan to damage the image of Pakistan Internationally.

The question is up-to the readers. 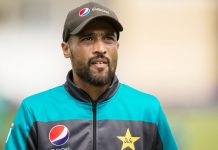