The army is only supporting COVID-19, floods and locusts, the EU lab verified that there is a big conspiracy against Pakistani army and Imran Khan. If opposition is accusing army establishment for backing me, they should prove it that how they are supporting me, PM Imran Khan said in an interview

Prime Minister Imran Khan said that the European Union Lab has proved that a huge conspiracy is being emerged against Imran Khan and the Pakistani army.

In an interview, the Prime Minister said that “the Pakistan Democratic Movement (PDM) is part of this conspiracy, my job is to protect my army, and opposition should prove how the army is backing me”.

He said, “I am wondering what the opposition wants the army to do? Calling me a puppet of establishment on one hand and a fascist on the other hand.”

Prime Minister Khan said, “34 proposed amendments of NAB were such that each amendment would have saved some opposition leader. If I had an understanding with NAB, I would not have waited for two years and put everyone in jail in six months.”

My statement that I was not prepared was interpreted completely wrong, Prime Minister Imran Khan.

PM Khan further said that there would be no fool who does not know what are the problems of the country, Pakistan’s solutions are painful, debt rises when income is low and expenses are high.

He said that my statement was completely misinterpreted that I was not prepared, there are steel mill cases, workers have been caught and filled, if you get a presentation before coming to the government, you will come and start work, come to the government in Gilgit. It’s been 2 months, they are still being given presentation.

The Prime Minister said that the current account deficit was historic, 20 billion debt has been repaid in 2 years, 17 years later the current account deficit is positive for 5 months, remittances and exports have increased, our rupee has survived falling.
“I had said that if I had to form a government from the PPPP or PML-N, I would prefer sitting in the opposition,” Prime Minister

The Prime Minister further said that inshallah Pakistan will have a very good time, I never made an excuse that I was not prepared, two difficult years of my life have passed, after 5 years people will decide about my performance.

U-turn is bad when the ideology is compromised, Prime Minister Imran Khan

The Prime Minister said that U-turn is bad when the ideology is compromised, recognizing Israel is a compromise on the ideology of Pakistan, our two years have passed in great difficulty, now Pakistan is having a good time, if any of my ministers are accused of corruption. I will take action on it.

Imran Khan said that if the leadership does corruption, consequently the country destroys. 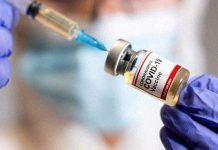 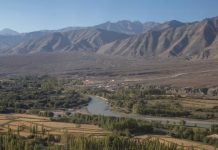